5 best remastered games to get for your PS4

As games get older and graphics get better, remastered games are getting more popular amongst gamers. These are games that have been given the remastered treatment such as better graphics, additional features we didn’t see in the original and much more!

Here’s the top 5 remastered games to get for your PS4: 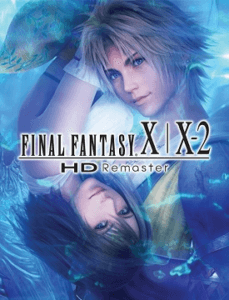 Just wow is what I can say, this game has been polished very well! You can choose between the new ‘remastered soundtrack’ or the original from the PS2 version of the game. This game also comes with the International bonuses we didn’t see in the PS2 version as it was an Asian exclusive I believe, but definitely a welcome addition.

The Nathan Drake Collection contains all three games from the PS3 version, Uncharted: Drakes Fortune, Uncharted 2: Among Thieves and Uncharted: Drake’s Deception. The best thing about these games is that they have been remastered to 1080p running at 60 FPS! Another welcome addition is that you will be able to collect trophies for each of these games separate to the PS3 list (Won’t say no to that!).

Having grown up with all the Resident Evil games on the PS1 it was great to see this iconic classic get the remaster it was well deserved. It’s basically a remade version of the GameCube version but you have the option of having modern controls! Be careful of the Crimson Zombies, they’re nasty! Probably one of the platinums that I felt good about getting!

Admittedly one of the only PS3 games I spent over 100 hours playing! It was very addictive and killing the dragons were a mean feat at times but what a game! So many quests to do and things to collect such as the legendary weapons you have to find makes this game one of my all time favourites. Even better it’s now been given the PS4 treatment. The new remastered game comes with more missions and modification support than the previous version, along with better lighting effects and a better reflect system.

GTA V was originally released on the PS3 but since then it has been given the PS4 remastered treatment. The game has been upgraded to 1080p and runs at a stable 30 FPS. It has sharper textures, better anti-aliasing and basically more detail than there was than the previous version.

And there we go, that’s our top 5 PS4 remasters! If you like to recommend a remastered game you think should be on this list then feel free to leave a comment below or visit our Facebook page!